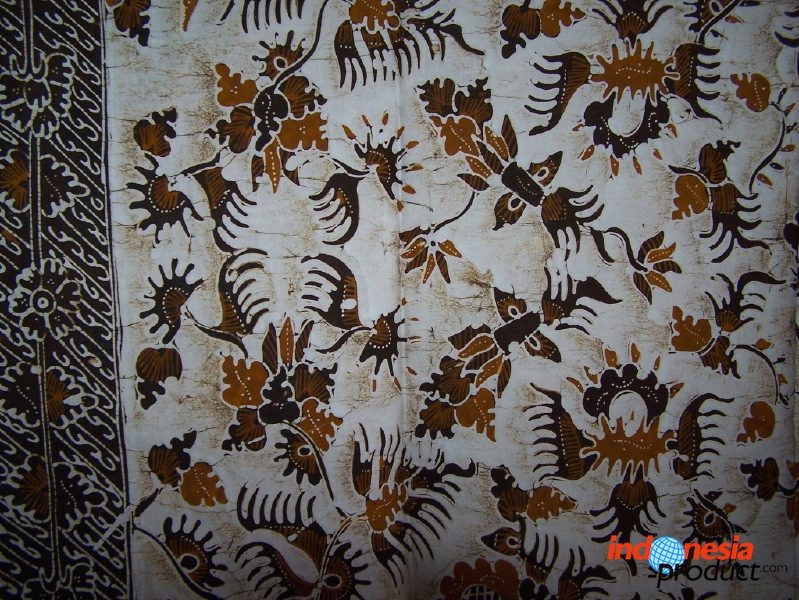 Later the popularity of batik continued to increase, both among adults or young women, from domestic to foreign countries. Batik is slowly able to hold its dignity up high.

Batik Gedog is one of the traditional products that proof the cultural richness of Tuban - one of regency in East Java located on the north coast of Java island. Gedog is a typical batik of Tuban. The motives are everything we usually encounter in nature, as well as combined motifs that represent various cultures of international traders. For example the Lok Can motif which influenced by Chinese traders. In Chinese, Lok means "blue" - the color that usually dominates the type of batik; and Can means "silk".

In Gedog Batik, the dyes used are environmentally friendly dyes which are almost entirely from nature, such as from Tilapia trees, indigo, or noni roots. Tilapia, a shrub plant as high as 1-2 meters with compound leaves, produces natural blue dyes. Indigo, a tropical plant that literally means "purple violet", produces blue dye. While noni which has rather sour fruit and has many health benefits, it contains red color.

One important thing that become the main characteristic of Gedog Batik Tuban is the type of fabric used. Batik Gedog is "carved" on woven fabrics derived from the natural products of Tuban itself. The making process is also carried out on its own, ranging from spinning cotton, weaving, to make the batik itself.

After the cotton becomes yarn, the craftsmen begin to weave it with traditional looms made of wood. Every thread has crossed, two weaving logs will collide and produce "dog-dog" sound. This is the beginning of the naming of Gedog woven fabric. The process of weaving requires high precision and patience, with sufficient length of time, from strengthening the thread with starch porridge to arranging each piece of yarn into the cavities to form webbing. What is clear, weaving does take a long time. To produce a piece of woven fabric measuring just 3 meters, crafters need more than a month.