The Aesthetics of Indonesian Ikat Weaving 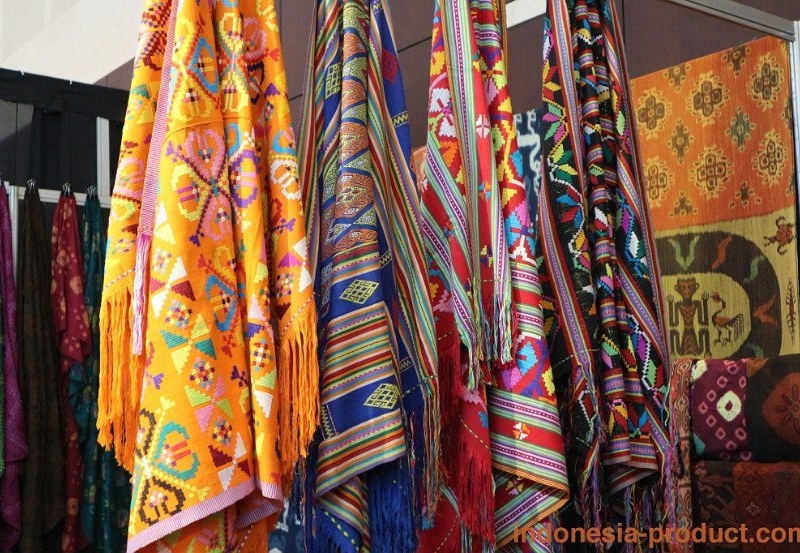 Indonesia has many varieties of textiles, one of them is woven cloth. Even though it is not as popular as Batik, weaving is also considered by many fashion people as universal traditional fabrics. Weaving trully saves the beauty of art and craft. This Indonesia's treasure not only made of threads, but there is an outpouring of taste and deep meaning in each process.

Indonesia traditional weaving is art cultural product that produced by many regions throughout the country, has distinctive features in decoration, meaning, manufacturing techniques. Weaving has a high cultural value and is the identity of the local community.

Weaving divided into three types and spread across Indonesia islands: ikat, songket and flat weaving. Ikat weavings are found in East Nusa Tenggara, while Flat Weavings which also known as lurik, comes from Central Java and Yogyakarta, and Songket presents in Palembang or Padang. The weave craftsmen use special Indonesian traditional looms named Gedogan which use manually, and ATBM (Non-Machine Weaving Equipment) which processes raw materials for traditional Indonesia woven fabrics that is cotton yarn made from cotton, rayon yarn to silk. The decoration of the woven fabric has divided into 5 types of decorative forms: Ornamental shapes in geometric shapes, human, animal, symbol, to natural phenomena theme.

The value of woven is social value, where weaving is a complement of traditional ceremonies that determine one's social status. Economic value, where craftsmen can increase their financial needs by working on weaving. In terms of aesthetics, the creativity can be seen from the beautiful patterns and decorations, while for cultural values, weaving is of course used as a symbol for every ceremony and activity of the local community. In the value of education, weaving techniques are hereditary education for the children and grandchildren of the weavers.

The majority of Indonesian traditional weaving craftsmen are women and are also a plus point for the empowerment of Indonesian women, who can support their families financially.